It’s Wednesday so it’s time for another Graze review, this one is a little late as I had an accidental nap and have just woken up. This week I received rough blend peanut butter with pretzel sticks, sweet and salty kern pops, Mississippi BBQ pistachios, and rhubarb and pear compote.

I also just thought I mention that the Autumn Graze box is so adorable, look at those leaves and pumpkins! 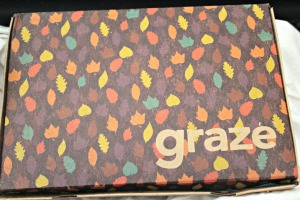 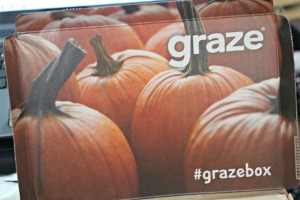 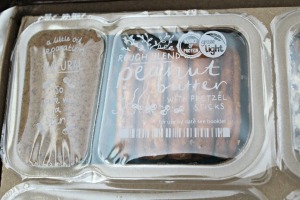 The next packet I tucked into was another new one, the Mississippi BBQ pistachios. Pistachios are my favourite nut and I have never had them in BBQ flavour. These were gorgeous, the flavour didn’t overpower the natural flavour of the nuts, they were deep and sweet with a little hear and spice. I would definitely have no problem eating these again. 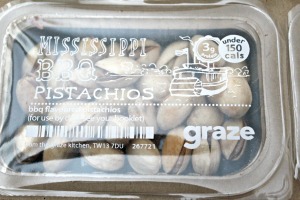 The next two pots were varieties which I have had before so I’ll just say a little about those. The sweet and salty kern pops were still really nice, a lovely taste and texture but I still wish that the sugar stuck to the kern pops rather than sitting at the bottom of the packet.

The rhubarb and pear compote was also the same as before, with maybe just a little more sharpness coming from the rhubarb than I remember. The combination of the pear, rhubarb and cranberries is just delicious. 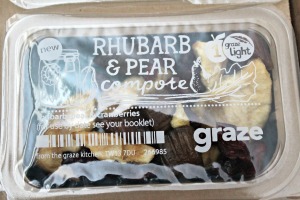 If you are interested in trying out Graze I have a code for you which gets you your 1st, 5th and 10th box free, you can pick up the code if you follow this link.

Hope you’ve had a fantastic day