I had a lie in today but I am still exhausted, I worked 11 hours yesterday. Tomorrow I have the day off to go and view a really nice house so fingers crossed that all works out.

The first thing I tried was the rice protein and chia nuggets, after having such a great experience with their regular nuggets I was excited to see what they were like. Their exterior is crunchy and the centre is moist, they do taste different to the regular nuggets but I wasn’t fussed on the flavour. I found them a little greasy but I did like the peppery taste of the coating. I really do prefer the regular nuggets and I’m not sure that I’d buy these again. 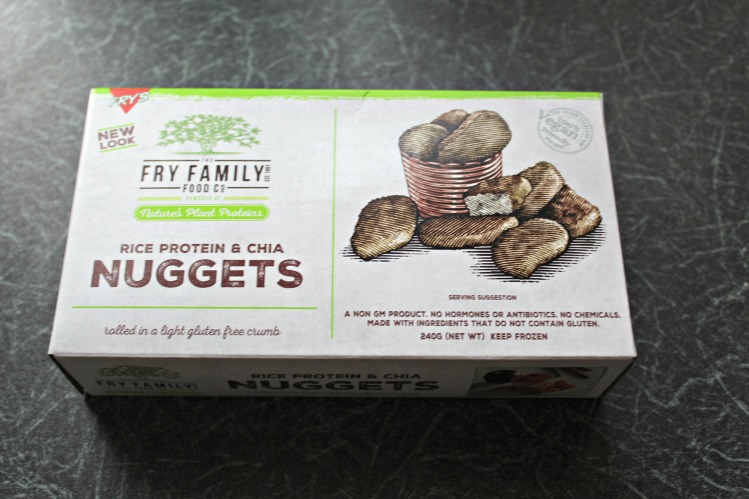 Next I tried the rice protein and chia stir fry strips, they picked up the flavours of my stir fry well and were also very soft but with a little chew to them. I liked the little seeds throughout and that the pieces weren’t uniform, providing a little variety. They went really well with the noodles and veg and were even delicious just by themselves. I found that the flavour wasn’t as strong as the nuggets but they take on the flavour of the sauce so that was fine by me. I found them slightly addictive and would definitely buy more.

Lastly I tried the schnitzels with soy and flaxseed, these were my least favourite of the three. They were a different composition than the other two, being made from soya. I felt like they were quite thin and a bit drier than the others, the coating to filling ratio was a bit much so there was quite a lot of seeds. Maybe that’s something that other people like, but I wasn’t fussed. I wouldn’t buy these again.

So a real mixed bag with this range, I really like Fry’s regular products and it’s not a question of quality. I just think it’s my personal tastes and that you should give the range a try for yourself. There are two other products in this range, I’m not that fussed on trying the roast but I am excited to try the quinoa and fresh cilantro falafel burgers, they sound delicious. I can’t remember what I paid for each box to be honest but Fry’s is a more expensive range and I imagine I paid over £3 for each item.

Hope you’re having a good week,