Well, it has been a long time since I lasted posted and since my laptop died in front of my eyes and I lost all my data. I forgot to apply the old gaming adage of saving often but I won’t be making that mistake again. As a result, I lost 80% of my blog work and most of my photos so unfortunately the posts I managed to save will be either photoless or have Instagram photos instead.

It’s bank holiday Monday, the start of May and the start of a week off work for me so I figured that now is the perfect time to start the blog back up. I thought I would give a rundown of all the places in my city where I’ve eaten vegan food, including independent and chain restaurants, and also places which I’d like to eat at in the future.

I’m going to go through the chain restaurants first. We have a Las Iguanas that I’ve eaten at a few times, my favourite meal is the moqueca de palmitos, I’ve also tried the coconut squash taco plank and the quinoa ensalada, I like to have the coconut tembleque for dessert. However, I’ve had a few terrible experiences with the service in here so now I tend to avoid it. 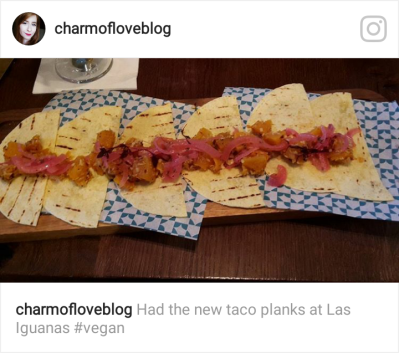 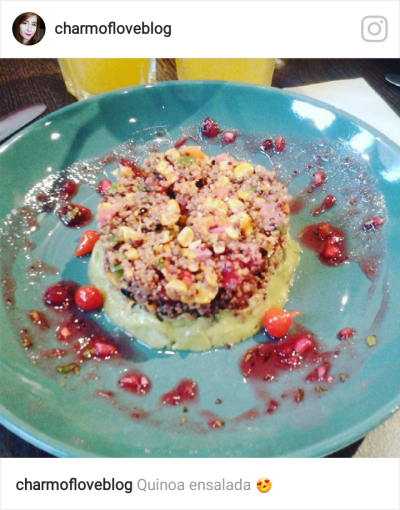 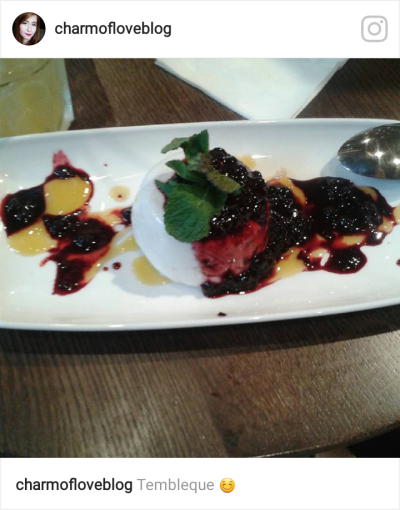 Swansea also has two Loungers that I tend to visit a lot, my favourite thing to eat is, and I just love the atmosphere and décor here. I’ve tried the Avocado brunch, the patatas bravas, the avocado dip with ciabatta, the butternut squash, lentil and coconut curry, the falafel burger, and the falafel salad and there’s not much else I’d like to try. My favourite has to be the curry and my least favourite is probably the burger as I found it quite dry. 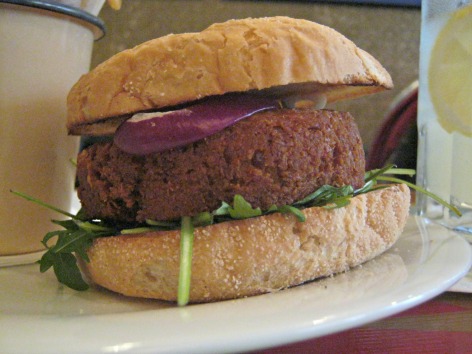 There are two Toby Carvery’s in the area and I love to get a full carvery every so often, my favourite main is the spiced carrot and chickpea wellington for its taste and texture. Last time I went I tried the vegan rice pudding for dessert but I didn’t really like it as it had a fair amount of lemon in it.

The most recent chain I tried was ASK Italian as they have brought out a new vegan menu. I had the pizza with their vegan cheese on it and the blood orange and chocolate tart. I don’t know what it was about the cheese on the pizza but I found it very acidic and it really put me off finishing the dish. However, the dessert was absolutely divine and I am not opposed to trying some of the other mains in order to have it again.

Now onto independent restaurants, a nice place to stop for a bite to eat is Coffee Punks (although I think they have recently changed their name). I’ve had their pancakes, cakes (from Naturally Kind) and a panini with peppers, avocado and sauces but I’m not sure what options they will have now they have rebranded. 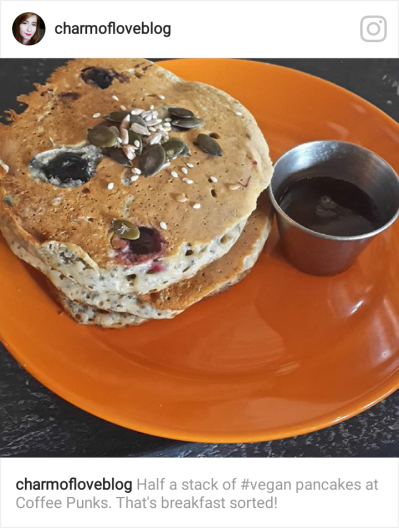 Another nice place to go is The Kitchen Table in Mumbles, I’ve had their vegan breakfast which was okay but nothing to write home about, they don’t have many other vegan options but they do have a fair few vegetarian options and are right on the bay for views and walks. 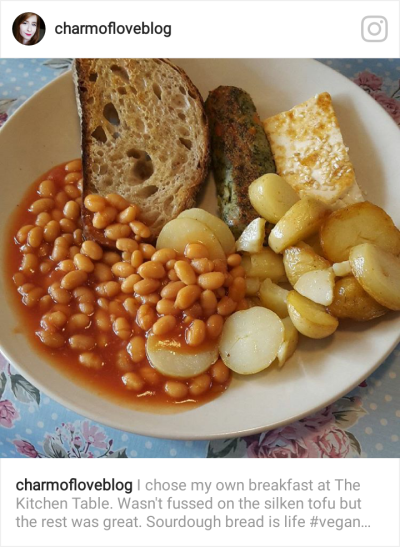 We also have a coffee shop here called Copper, I love the décor here and I’ve eaten the chocolate avocado spread on toast. They now do three types of panini; falafel, green chilli & cucumber, tahini & banana, and peanut butter, jelly & fruit paninis, they also do coconut milk for coffees so I will have to make a return trip.

I also really love Garbo’s, I’ve eaten the roasted beetroot salad without the feta and it was delicious. They also do totally vegan nights but I have yet to attend one, some of the options have been beetroot arancini with pickled walnuts and rocket, southern fried seitan with BBQ corn succotash, cajun sweet potato fries and boston beans, and a trio of desserts featuring sea salted brownies, rich chocolate mousse and bounty pannacotta. They all sound divine. At the time of posting the Garbo’s that did a lot of vegan food has been sold to someone else and I am unsure what they will offer now.

Another fantastic place to go is Mosaic where you can eat tapas in low lighting with lovely music, I’ve tried the bruschetta, patatas bravas, jerk vegan duck and the chickpea tagine. There’s not much else there that I’d like to try. 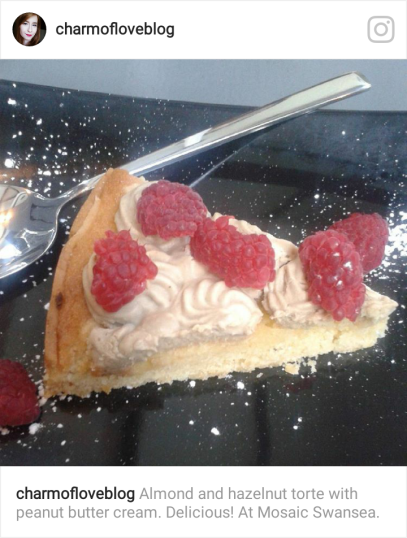 I also recently visited Square Peg in Sketty and really enjoyed having coffee and a small meal there, sweet potato hash and avocado on sourdough toast, a coconut milk latte and toasted banana loaf with coconut oil to spread. Gorgeous. 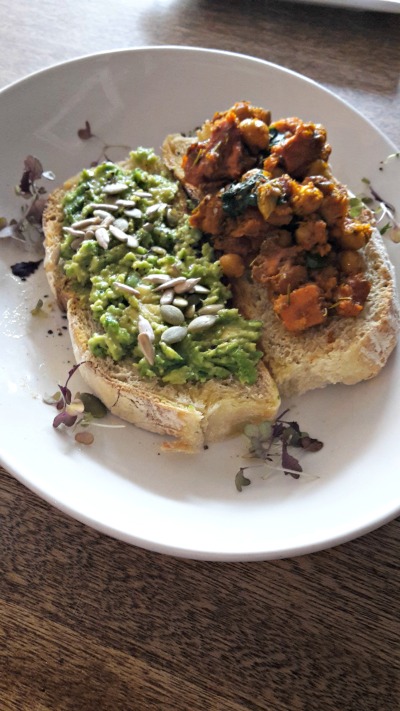 Finally, we have Govinda’s, I have had the nut burger before which was nice. A lot of the food is Indian based and I’m not too fussed on Indian food so I don’t go there often but it’s a really peaceful atmosphere.

Other independent places I’d like to visit are; The Mermaid who serve Mr Nice Pies (a local vegan pie business), No 6 who can do a vegan burrito, Bluebell Coffee who serve vegan koftas with mint yoghurt and peanut sauce, a cooked breakfast and pancakes as well as evening options and burger nights, Crumbs who make a BBQ jackfruit panini and a breakfast muffin amongst other things and finally a takeaway pizza place just opened near to my house who do vegan cheese on pizzas.

One thought on “Swansea Vegan Eats”