Recently I visited Swansea Veg Fest, a free event organised by the Environment Centre. I attended mainly as I was on the hunt for vegan cupcakes from Fancy that Bakery, as I have managed to miss every event they have done so far. This time I was in luck! I purchased three cupcakes (choc orange, coconut lime, and vanilla passionfruit). The cupcakes were so moist and the frosting was like heaven. These were just what I needed. I also picked up a pack of their vegan honeycomb and it was so good, even better than I expected. I was out all day with the cupcakes in my bag so it’s my fault that they look a little squished in the photos. I won’t be embarrassed to say that I finished the lot in one day and will be trying my best to buy some more very soon!

Have a wonderful day, 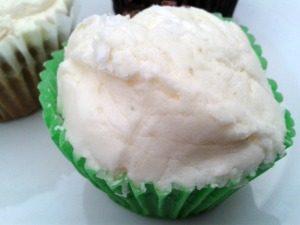 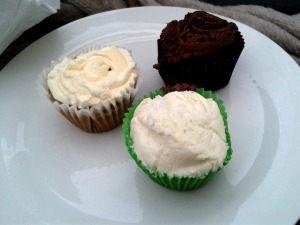 Today I’m going to review a couple vegan desserts, while I don’t have much of a sweet tooth these days I still enjoy a good pudding now and again. It’s a mixed bag, I really enjoyed some of these products, others not so much.

First I tried a banana Chia Pod (purchased from Tesco), this was the first time I had tried chia seeds in any form and I was not impressed. I’ve been aware for a while of people really enjoying chia seeds but I honestly couldn’t eat this pod. The banana flavour was okay, and I had no problem with the coconut milk. However, the chia seed gel was slimy and reminded me of frog spawn, but the feeling of popping the chia seeds was the final straw. This product just wasn’t for me, and I won’t be trying chia in any form for a while. Despite my feelings, if you can look past the texture then the health benefits are great, including being a source of omega 3, fibre and protein.

Moving on to different desserts, I tried two Pudology products, the chocolate orange (purchased at Holland and Barrett) and the banoffee (purchased at Tesco). The chocolate orange pudding is basically rich ganache with orange oil and it is divine! I could eat this all day, seriously I cannot explain in words how much I love this dessert. The banoffee pudding, on the other hand I had mixed feelings about. The first two layers of chocolate and banoffee were okay, but lacked flavour and the biscuit at the bottom was kind of pointless, it was more like aerated breadcrumbs. Maybe my view was tarnished by high expectations after the chocolate orange pudding, or because banoffee is one of my favourite dessert flavours and it didn’t quite hit the mark. Looking at Pudology’s website, the majority of their desserts have that biscuit bottom which is disappointing, but I have absolutely no problem sticking to the chocolate orange pud. 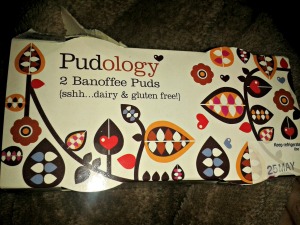 The final dessert I am going to review is a frozen coconut yoghurt from The Coconut Collaborative in the chocolate snowcoconut flavour.  I’m not sure whether the frozen yoghurt comes in plain coconut flavour. The chocolate coconut flavour of this product is fantastic and it’s refreshing to finally have a delicious alternative to dairy ice cream. I will warn, however, that this product isn’t cheap as it retails for £4.70 for 500ml at Tesco which is just slightly more expensive than Ben and Jerry’s at its full price. I do think it is worth it though, the frozen yoghurt is light despite it being chocolate and I managed to ration it for a week so the price wasn’t too much of an issue. 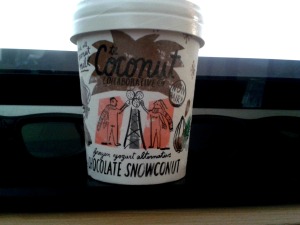 All in all there were some good buys here, and if I had to pick a favourite I’d definitely say it was the Pudology chocolate orange pudding.

Have a great day,

Hi everyone and welcome to my first blog post on Charm of Love, this is just an introduction to me as I am currently working on bits and pieces to post in the next week.

My name is Sophie, I have been a vegetarian for just over 10 years and recently have been trying to limit my consumption of other animal products. I live with my husband and our two cats Spock and Harley (Quinn). This blog will contain content that I am passionate about, reviews of vegetarian and vegan products and some parts of my life as time goes on.

If you were wondering about the blog name, a charm is a group of hummingbirds and I just think that these birds are beautiful!

I am very excited to start this journey, and hopefully I will pick up some readers on the way but for now I will just say keep your eyes peeled for new posts coming in the next week and I hope you’re having a great day.